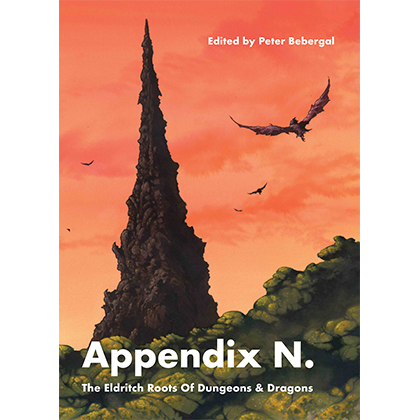 - The Special Hardback Edition of Appendix N: The Eldritch Roots Of Dungeons & Dragons includes de-bossed boards, dungeon map endpapers designed by Alex Crispin (Escape The Dark Castle), and a limited edition chapbook of A. Merritt's 1918 novella People of the Pit.


"When the adventurers first arrive in the village, they can already hear whispers of the strange
and terrible happenings in the ruins of the nearby hills..."

Appendix N explores and contextualizes these ambitious lyrical excursions that set the adventurous tone and dank, dungeon-crawling atmospheres of fantasy roleplay as we know it today.