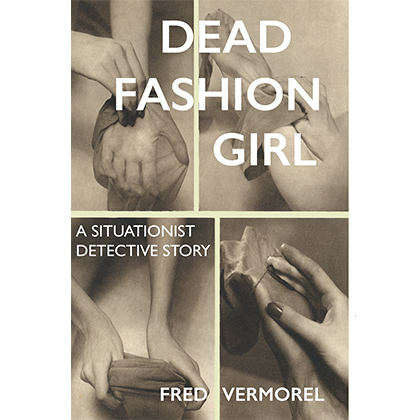 In 1954, Jean Mary Townsend was strangled with her own scarf and stripped of her underwear.The subsequent police investigation was bungled, leading to a six-decade cover-up, ensuring that this twenty-one-year-old fashion designer was effectively killed twice: first bodily, and then as her significance and her memory were erased. Fred Vermorel’s forensic, troubling (and trouble-making) investigation digs deep into Jean Townsend’s life and times, and her transgressive bohemian milieu. It disentangles the lies and bluffs that have obscured this puzzling case for over half a century and offers a compelling solution to her murder and the official secrecy surrounding it.

More than just a true crime story, Vermorel’s account deploys Townsend’s death as a wild card methodology for probing the 1950s: a cesspit of vice and violence, from coprophiles to bombsite gangs and flick knives in cinemas. Densely illustrated with archival material, Dead Fashion Girl is a heavily researched, darkly curious exposé of London’s 1950s society that touches on celebrity, royalty, the post-war establishment, and ultimately, tragedy.