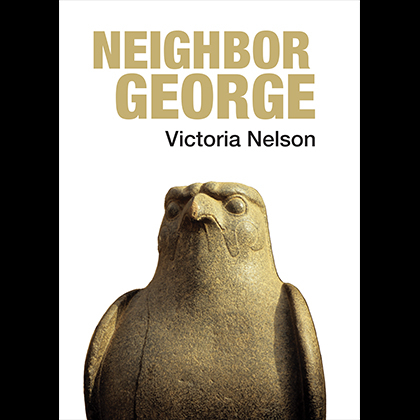 "A compelling and wittily written tale where omens lie low in the elegant prose before it gathers monstrous menace and then raises us towards mystery and awe." Ramsey Campbell

Summer, 1979: A lonely young woman housesitting in an isolated bohemian enclave finds troubling reminders of a past family tragedy surfacing in odd and unsettling ways. When a mysterious man moves in next door, Dovey hopes for a romance like the ones in the novels she secretly devours. But a dark truth, hidden since childhood, erupts shockingly in a violent otherworldly intrusion, catapulting her into a desperate struggle for her life and sanity.

Set in a haunted northern California landscape populated by poets, New Agers, stoners, and burnouts, Neighbor George is a deeply atmospheric story of psychological horror enacted in the space where the natural and supernatural collide, a mythic territory of possession shared by its comic companion tale, Bolinas Venus, also included in this volume.

About the author:
Victoria Nelson is the author of two acclaimed cultural histories of the supernatural, The Secret Life of Puppets and Gothicka, two collections of short stories, and a memoir. She edited the Robert Aickman collection Compulsory Games for New York Review Books.

"If Stephen King and Alfred Hitchcock had collaborated to write a novel that would scare you senseless, they might have come up with Victoria Nelson's Neighbor George. Lulled for the first few pages by Nelson's brilliant description of Bolinas, a laid-back, eccentric small town in West Marin, California, you may soon find yourself double locking your doors and searching frantically for a nightlight as Nelson piles on twist after unexpected twist, horror after unexpected horror in this deadly dance of predator and prey."
Mary Mackey, author of A Grand Passion