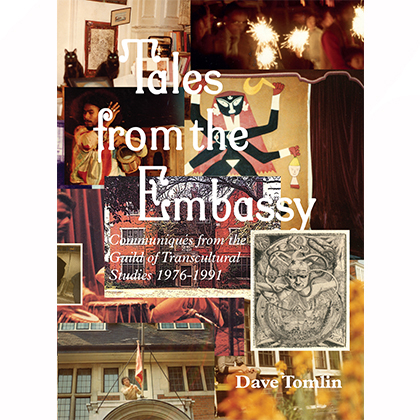 Tales From The Embassy

Tales From The Embassy

One night in 1976, a group of squatters entered the Cambodian Embassy in London, an opulent building that had remained empty for two years following the bloody revolution of the Khmer Rouge. For the next fifteen years, this peculiar residence would play host to the Guild of Transcultural Studies, an open platform for creative monomaniacs, radical metaphysicians, poets, prophets and exiles.

Dave Tomlin, founder of the Guild, member of the experimental music ensemble Third Ear Band, and contributor to the legendary underground newspaper International Times, traces a playful, semi-fictionalised, and highly readable path through this long occupation, illustrating the unfettered nature of its many occupants while providing a vivid portrayal of a more leisured age in which eccentricity could flourish more readily.

Musician and writer Dave Tomlin was a founder-member of the Third Ear Band and a constant presence within the London underground scene. He founded the Guild of Transcultural Studies in 1976 and contributed frequently to International Times.