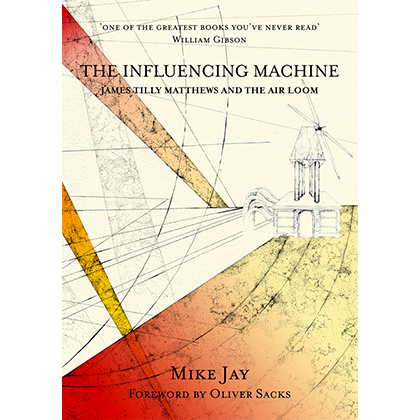 ”One of the greatest books you’ve never read’ William Gibson

A revised and updated edition of this weird science classic.


Confined in Bedlam in 1797 as an incurable lunatic, James Tilly Matthews’ case is one of the most bizarre in the annals of psychiatry. He was the first person to insist that his mind was being controlled by a machine: the Air Loom, a terrifying secret weapon whose mesmeric rays and mysterious gases were brainwashing politicians and plunging Europe into revolution, terror and war.

But Matthews’ case was even stranger than his doctors realised: many of the incredible conspiracies in which he claimed to be involved were entirely real. Caught up in high-level diplomatic intrigues in the chaos of the French revolution, he found himself betrayed by both sides, and in possession of a secret that no-one would believe…

‘Marvellous…free of academic jargon, delicately nuanced but taut with drama, The Air Loom Gang is one of the most rewarding books on madness and its history that I have ever read.’ Literary Review

‘Beautifully written, with all the drama, the rich characterization, the subtlety, of a fine novel.’ Oliver Sacks