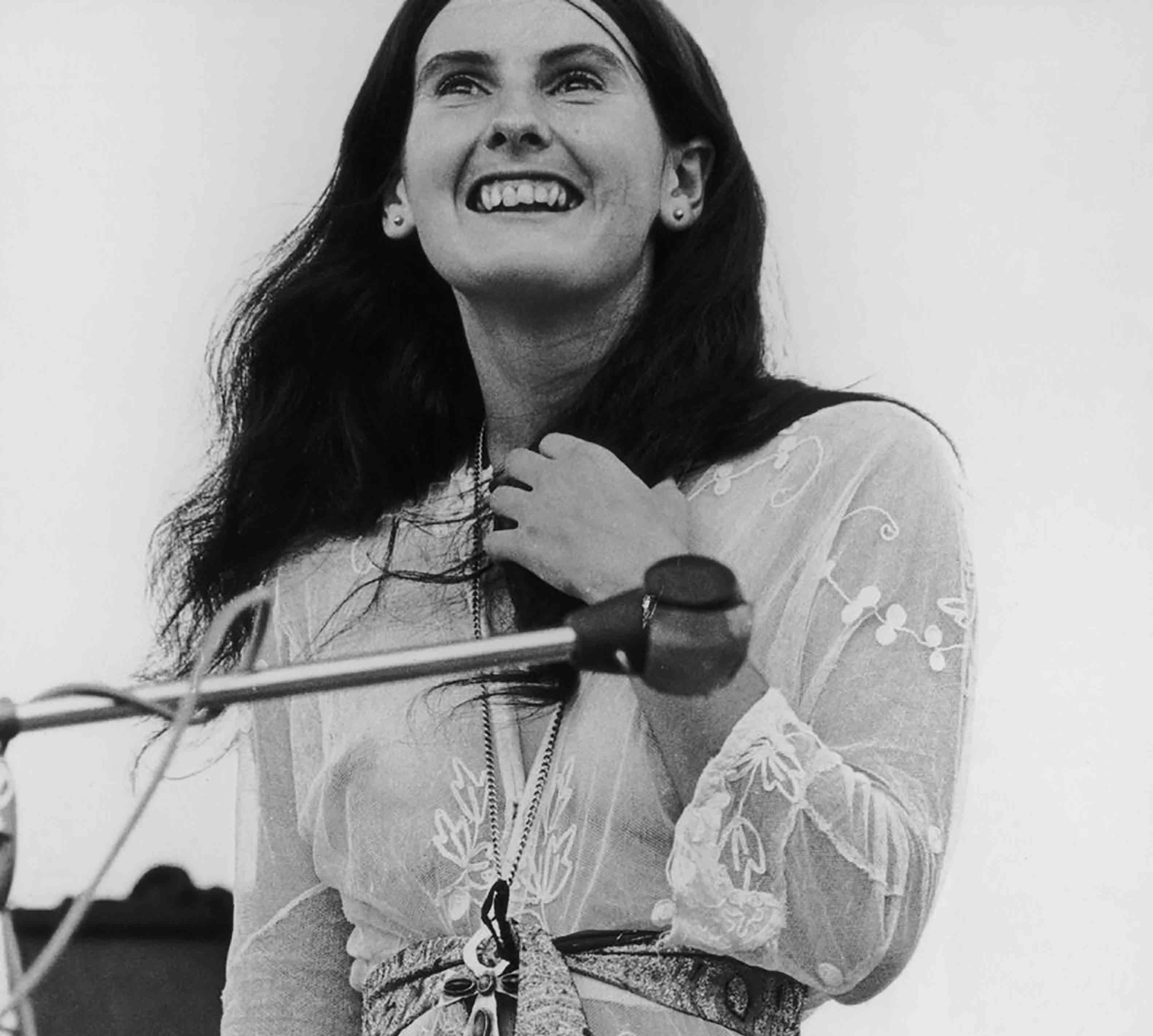 What an extraordinary and intoxicating tale this is, that impossibly fabulous late ‘60s world of wild creative adventure viewed from the inside by one of the very few women playing in a band at the time. A whole era seen from a new perspective: fascinating. - Mark Ellen

Anyone with an interest in this idealistic era and its legacy will enjoy Simpson’s wealth of vignettes and  insights.  - Rob Young, The Wire

To celebrate the publication of Muse, Odalisque, Handmaiden: A Girl's Life In The Incredible String Band by Rose Simpson, we're happy to share an extract of the book with subscribers to our mailing list. Copies of the hardback special edition include a signed insert. They are shipping now and are selling very quickly through our web store, so please do head on over there if you'd like to secure a copy. Read on for 'Woodstock: An Aquarian Dawn?' 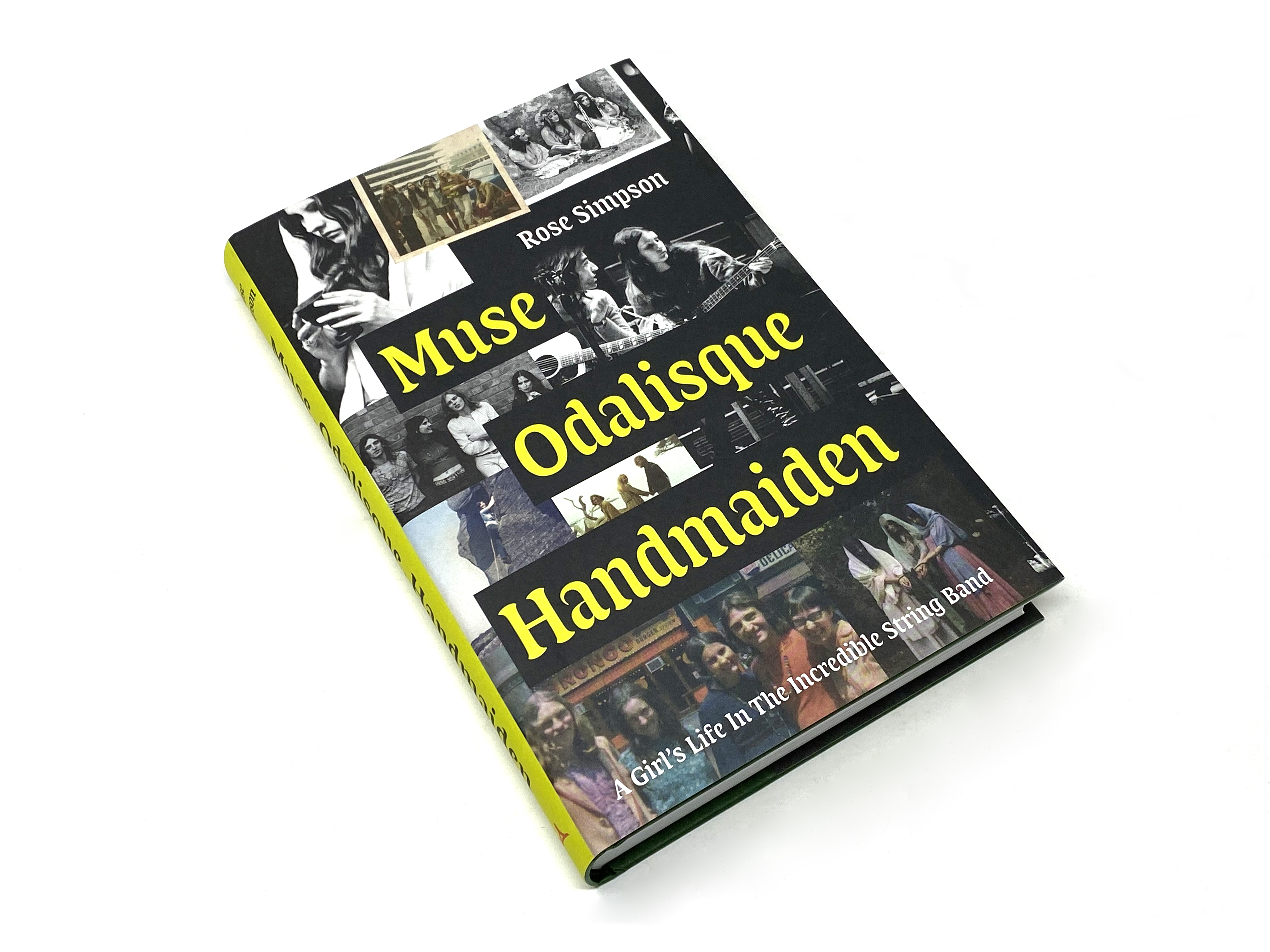 As one of the few women who can still say “I played at Woodstock”, my vivid memories are those of living it, and the immediate impressions of a physical experience still seared on the mind.

Yet at the time it was just an interesting-sounding Friday evening gig conveniently slotting into the tour. For all their lasting effects on subsequent careers, the decisions made during those 24 hours were simply part of the way that the ISB worked. It was our bad luck that, for once, they really mattered.

We were scheduled to play the first evening, with a late-night gig the following day, at a folk festival at the Singer Bowl Stadium, Flushing Meadow Park, NY. Upstate to Woodstock then coming back to the Chelsea was not a long drive. The first indication something out of the ordinary was afoot came from our tour manager, Walter Gundy. He had been surprised when the freight handlers at Kennedy airport shouted,

“Right on man, we’ll see you there,” when he told them where we were heading.
“You mean you’re gonna drive a hundred miles to see a concert?” he asked.
“Hell YES, gotta make love not war, brother; gonna cop us some hippie chicks, smoke dope and dig Hendrix ALL night long.”

Joe had decided to drive with us, hoping to dash back to town very late that night, but we were still far away from the site when the traffic hold-ups began. At every junction, more cars joined the river of people heading in the same direction, every type of vehicle and mode of transport we had ever seen. There were VW surfer-vans painted with bright flowers and peace-and-love slogans, open-topped sports models driven by preppy girls and boys with shiny hair, battered retro roadsters with excited young faces under ancient Stetsons, and one old lorry with children looking out of open packing-cases tied on the back.

Soon every lane was grinding to a halt in the sun. Bikers with Hells Angels Chapters on the back of their leathers wove between students in college T shirts and hippie couples strolling hand in hand along the roadside. Some tried hitching lifts, but the cars were crawling no faster than the walkers.

At first, we were just curious. It wasn’t our problem. On tour we were portable property. Our responsibility started when the stage lights went up and ended with the applause. But time was passing and tensions were rising. There were raised voices and occasional angry outbursts when some small accident frayed tempers. Most people waved and laughed when Walter told them that we were on-stage soon, as he tried to manoeuvre through the vehicles blocking our way. But rumours started to fly back from the festival site and even Joe looked worried.

It was impossible to know how many people were on the road and what would happen when they all finally reached Yasgur’s Farm. We were unusually subdued. Three o’clock came, check-in time, but we were still stuck. We saw a motel with a paper sign saying Festival Headquarters. Relieved, Joe told Walter to go in and find out the latest news. Cowboy boots and all,Walter waded a ditch and entered a lobby full of roadies, musicians and managers.

When he came back, he called Joe out of the car “to show him something”, so they could talk without us hearing. Bobby Neuwirth, one of Dylan’s “travelling companions”, had advised him to give up and join the party in the motel: “A million more people than expected are streaming in. Lay back and let the promoters deal with it.” Neuwirth was a party animal, but Joe and Walter took matters more seriously. We were all beginning to worry what was awaiting us when we got there. We were not heroic, and it occurred to all of us that it might be better if we never reached the festival. Certainly it would feel safer out of the crushing tide of people.

Some families were setting up impromptu camps wherever they could find space. Others were trying to turn vehicles round and go back but that was equally impossible.

In the huge natural bowl in front of the stage, a vast audience had collected. They sat on the ground or stood around talking, smoking, forming little knots of people then drifting apart. They too were trying to get comfortable, and to work out what to do next. Soon they wrapped themselves in blankets and warmer clothing, if they could find any. Many had been there a while. Afternoon was turning to evening and it was getting colder,

Mike grabbed another member of the stage crew and asked. “There’s half a million of them out there already and God knows how many on the road,” he replied. We could believe it.

We were billed to play after Melanie, as part of an evening of gentle, thoughtful music. We still had hopes of escape afterwards, but Joe was beginning to hint that we wouldn’t be able to get off the site. This couldn’t be true. None of us strayed too far away from our picnic table, in case we missed a chance at freedom. It reminded us of food and home, and we clung to it like flotsam in a shipwreck.

Licorice was wandering around nearby, seeking out any comforts available from other sources. Mike was more concerned with the amplification for his guitar, given the makeshift stage electrics, set up in a hurry. If we couldn’t get away, if the festival was indeed going to happen, then we were going to have to play. And rain was threatening.

We knew well enough about people being electrocuted on-stage by faulty equipment. Childhood horror stories had impressed upon us that water and electricity were a fatal combination, we were all afraid. Mike was unwilling to take the risk,and kept telling us that Joe needed to be impressed by this priority, as if we could do anything about it. Every time Joe re- appeared, Mike told him again. We shouldn’t even think of performing as planned, he said, without cast-iron guarantees that everything was earthed and there were no live wires around. “Look, it’s like a madhouse around here. God only knows what’s being wired to what.”

Robin was now disinclined to rouse himself. He had put aside all thoughts of having to play, so any good reason would do to put it off. We all agreed that the best thing would be to get away from this bedlam.